...
You know, school IS cool but according to one little boy... it is really only as cool as your mascot. Coming from schools whose mascots so awesomely included a shamrock and a friar, I find this comical. Thank goodness my fierce ole' longhorn elevated me to Gabriel May standards. Yep, that's right. A glorified cow tipped (ha... cow tip!)  me into good standing with the police of all that is mascoty goodness.

His standards for mascot worthiness are pretty simple. It just has to trump Molly's mascot.

When Molly left for the big ole' world of Elementary School, I expected the missing. I envisioned the running to an embrace at the end of a long school day. What I didn't expect though was the CRAZY rage of jaded mascot envy that would encompass Gabriel's world. Summitt Eagles? Say it ain't so. Life had dealt him an unfair hand and he was not going to stand for it.

So it became that Milwood Preschool was no more.

Gabriel was a ever more a proud student at "Tiger Robin". I mean, duh, we all know a "real" school has an animal and a regular name attached to it and as an added bonus "a tiger would definitely eat an eagle."

It is with complete honesty when I assure you that not one time in the past two years did he ever ever refer to his surroundings as Milwood Preschool.

That alone is so Gabriel.

Do you know what I love most about this school? His teachers knew it too.

For a school that has several classrooms for each preschool "grade", all filled with loud and energized kiddos, those teachers taught to my child's individual needs in the most caring and consistent of ways. 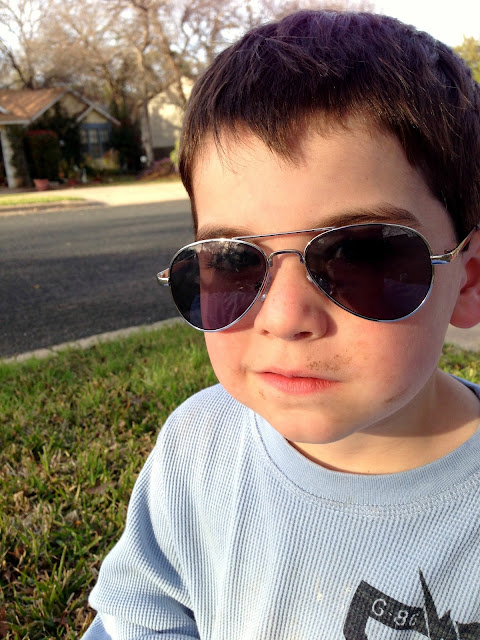 In fact, he was even cutey when he first started at Tiger Robin. 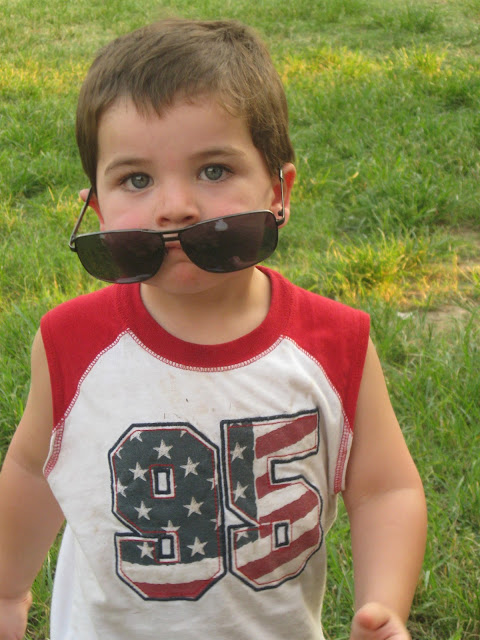 We had just made the move to Austin, plucked him out of his comforting world and spent the summer on the road. His world was chaos and he was beyond lost in it. What he lacked in the words to explain his feelings, he made up for in a piercing scream. In a rage-filled, full throttle, must-take-out-every-blonde-little-girl-on-the-playground piercing scream. For a while it was every.single.day his clip was moved. It wasn't a matter of IF but more a matter of HOW MANY meltdowns he had in a day. He was confused and I was defeated and sad. The teachers that met us that year were our light. Mine and Gabriel's. To say they loved my child is an enormous understatement. They saw beyond the exterior and courageously worked to empower his beautiful inner being to grow.

Goodness, son. How you grew. 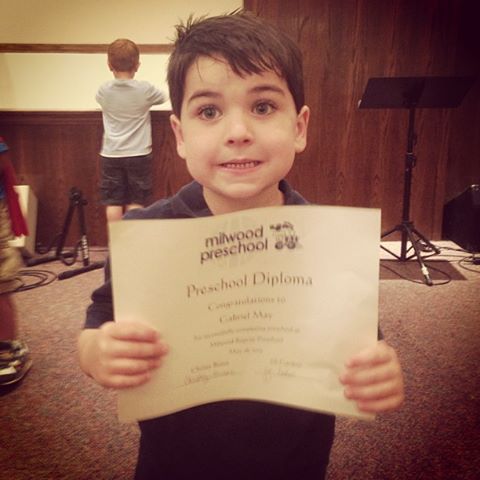 We are officially on our way to Kindergarten to start life as a Comet. Gabe's almost on board with the coolness of comets. Almost. If only it were a dusty space snowball with fangs. Stink.

You were so good to us, Tiger Robin--- nurturing. empowering. strong. Everything in a mascot and more.... the fiercest quality of all being the love you had for my family.

...
The countdown to life without alarm clocks is officially underway. In fact, there are a lot of countdowns going these days...

I won't tell you how many days till the packing starts because I have decided to not countdown that. For everyone's sake.

There's a lot of exciting on the horizon and that feels quite fantastical indeed. My pinterest boards definitely reflect it all.

But this recent change....NO training wheels and the zipping away on two wheels was beyond fantastical. Molly turned downright green with fantastical envy. Her balance will come in time...once she stops loading the basket of her bike down with robotic puppies. Those dang puppies.


Gabriel Rides! from Julie May on Vimeo.

One last thing to check out before starting your weekend. Look at all these incredible places in the world. My photography bug has been itching again and I am feeling the need to create big time. I need to remember to look at my countdown list and see that I have a LOT on my plate already.... so these pictures definitely fill that need.

Have a fantastical weekend, friends!
No comments:

...
Tour de April has alas come to an abrupt end. While wonderful and magical both my employer and immune system are thankful for my return to reality.

Let's suffice to say that the innerworkings of a Julie decided to hit reboot this weekend and it didn't bode to well for my nasal passages. I may have had too much fun with travel. A double ear infection and good ole' bit of sinusitis was going to do LITTLE to cramp my last weekend away.

Less in the sunrise by bugle and more of in an eat a spider with your coffee sort of legit. Legs and all. It's how I roll.

Not going to lie, there have been very few moments in parenting thus far that I have been struck head on with the great aha of "oh... this is what awesome feels like." Girl scout camp? Perhaps the greatest aha of them all. I think it is all a direct result of this new world of bigger kid. The memories you are sharing  in this phase with your child are actually ones that you remember making in your own childhood. Not just from some picture or story you've heard but rather true memories that you remember making with friends that are still so special to you now. It's pretty awesome. 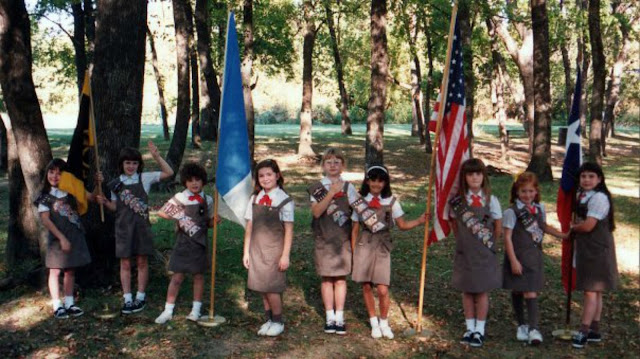 My brother was actively going through treatments for a brain cancer throughout my 1st grade and 2nd grade years. As you can imagine, with 3 other children in the home, we didn't find too much 1:1 with time with my parents in this phase.

And yet, there was girl scout camp. I remember it well because I was really nervous to be going camping but soothed by the fact that my mom was able to be there with just me--- a special moment alone.

I guess I wasn't prepared for the feelings of that memory to resonate so clearly in this new adventure between Molly and myself... and yet there it was. To actively watch your child grow in a singular event from nervous and quiet to confident and aware is such an amazing gift to witness as a Mom. If my Mom experienced even a fraction of the type of Girl power weekend we had, then I am even more grateful for that special memory with her. For as a parent, I don't know how it could possibly get better from there... and yet, I know it does.

Camp was chaotic and loud. Full of new friends and the comedic girly conflicts between old ones. 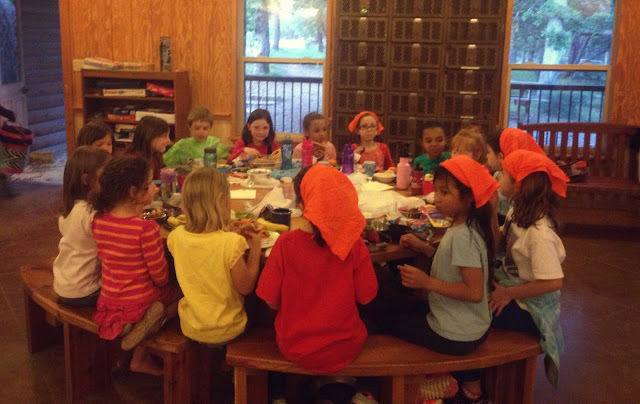 There wasn't a moment that passed without gratitude for this awesome Hill Country I so fortunately get to call my home. 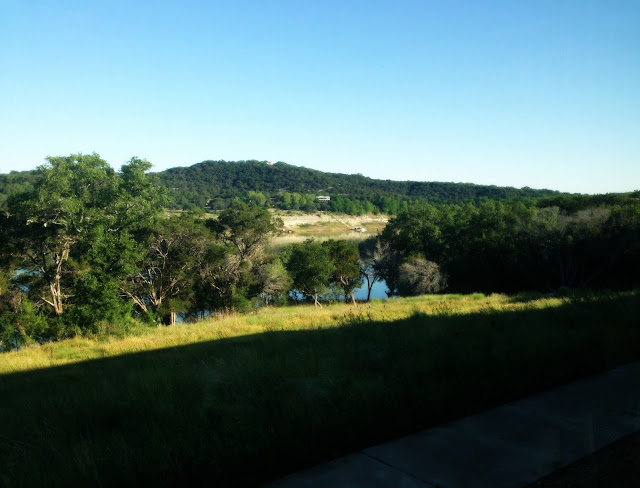 We  fought bravely for the weekend... 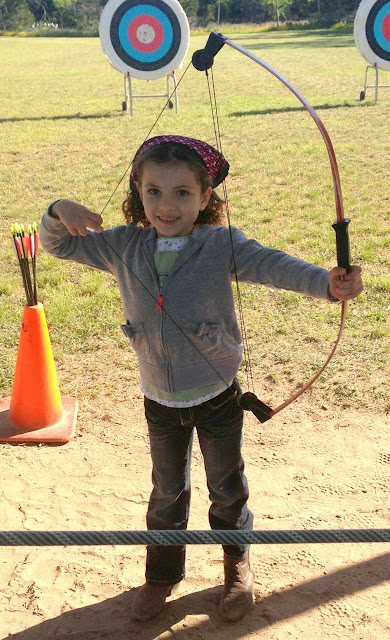 And in gathered strength, we claimed it for our own. 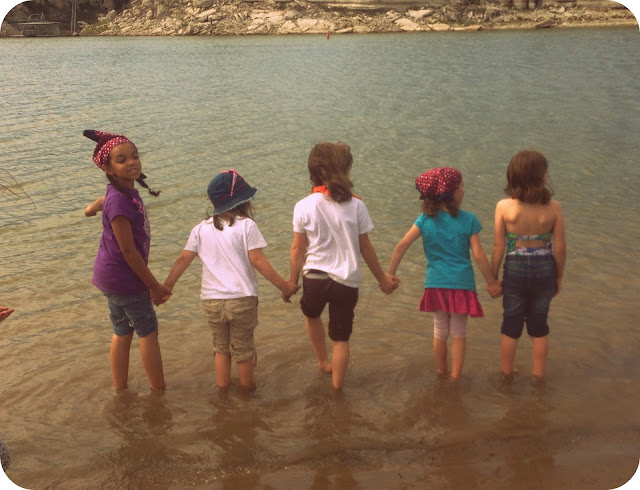 In the glow of the fireside, we found comfort in friendship under a starlit sky. 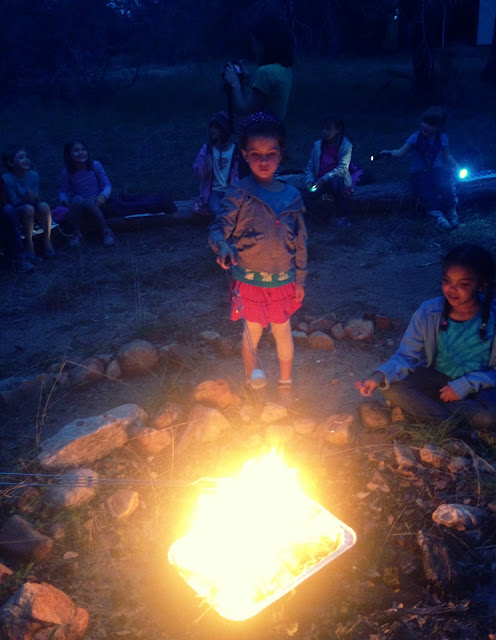 We returned home exhausted, in desperate need of a shower... holding close the memories of our very first camp out. 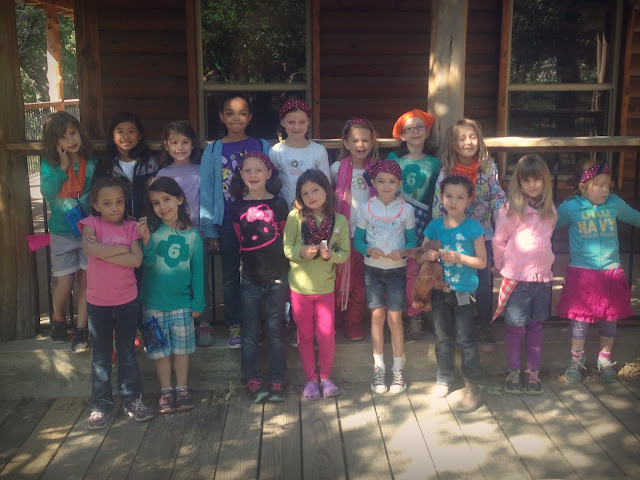