I don't know if your family is anything like mine in this (although, I am pretty sure it is a universal kid-standard) but my children pretty much start planning their Halloween costumes for the next year on November 1st. Some years... even a few days before the current Halloween. This is when I nervously remind them that I just pulled an all nighter blowing up 75 balloons for said child to be a cloud and currently have one failing lung. There will be no take-backs.

May Family Rule: No changing your mind about your costume if you are within 3 days of Halloween. Instead, just plan for next year.

Don't get me wrong, all those elaborate plans that transform over the course of 365 days are crazy amazing. For instance, Lucy has already told me that for next Halloween 2016 she is going to be Puff the Magic Dragon and have a cloud dress, a tail with rhinestones, green eye shadow and some "mostly scary" dragon ears. Who wants to bet that she will actually stick with Puff for the remainder of the year?

It would be a first.

So this year, with the release of Cinderella (not cartoon) and Inside Out, I was pretty sure that costume ideas would center around something overtly happy and crazy elaborate. A theme would definitely not be happening... too many people and too many opinions.

Turns out, I know nothing.

I give you the happiest, charming, terrifying pack of villains I ever did see. 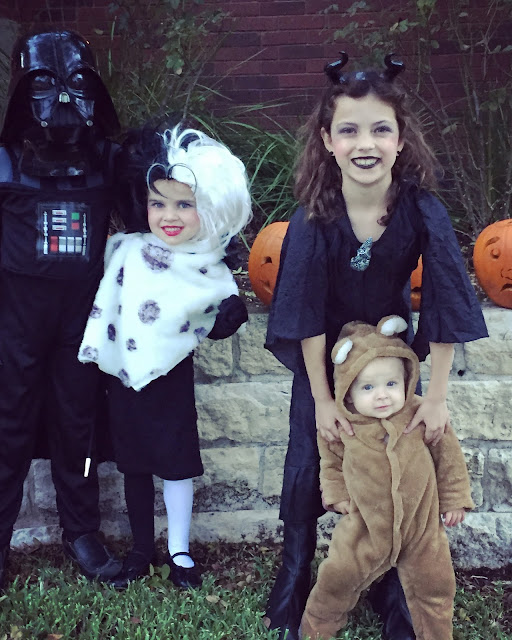 
It would seem the Mays prefer the darker side of a fairy tale. I pretty much dig it. 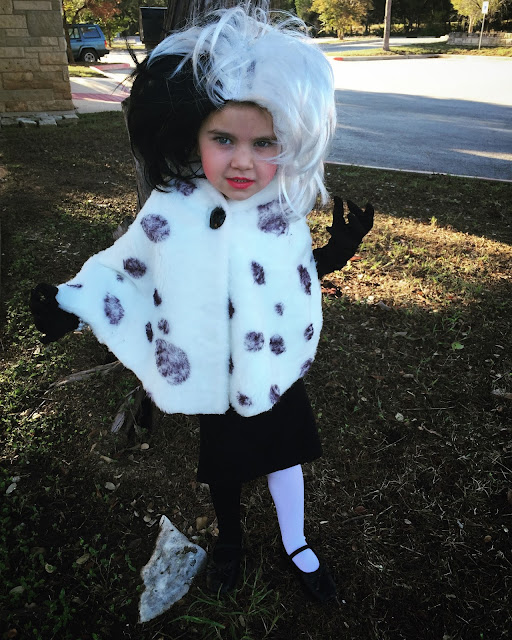 We did have some costume snafus here along the way. I mean, what is a quality Halloween without a wardrobe malfunction or two? That's why we have candy... to stop the crying when your costume turns on you. This year, we made it out with just two. Annie went as Lotso the bad bear from Toy Story 3. Hard to see her cane in this picture but HOLY COW it was so funny to see her walk with it. Also not pictured here is her purple bear fur. It turns out... purple dye doesn't take too well to fur. So when your Mom waits until the night before to dye your brown furry bear self, only the cotton parts of your paws (read the parts I wanted to stay white) turn purple. C'est la vie. 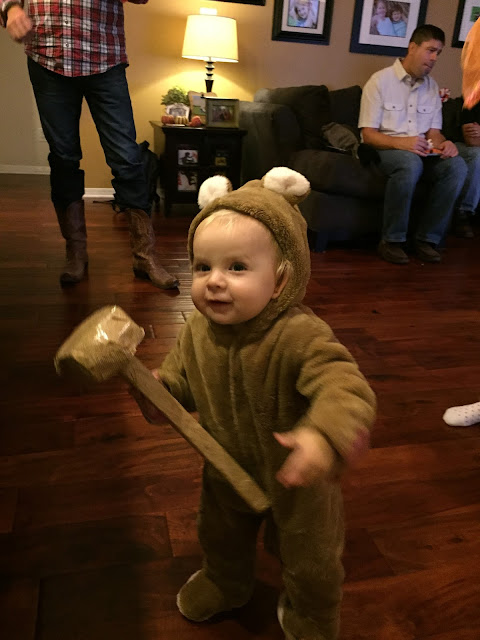 I think the ONLY child that miiiiiiight have kept his costume idea almost the full 365 days was Mr. Vader. A day that Gabriel didn't talk all things Star Wars would be the day that the world would come to the end... and I firmly feel that he would likely be chattin' up all things Hoth and Yoda with all those angels in the afterlife too. Kid loves him some Star Wars.

We went back and forth on Gabe's costume negotiations. I was convinced that I could concoct the most amazing and elaborate Darth Costume to ever grace this mortal world and Gabe on the other hand was adament that I would most definitely not even attempt it.When I finally caved to buying a costume, he had one FIRM rule. Darth Vader does not wear a mask. He wears a HELMET. He emphasized this so much that Annie could probably remind me in her sleep. Wouldn't you know it, but the Darth costumes that you buy for kids don't typically come with a helmet? Nope... just the mask. My solution was this incredible pinterest find that taught me how to MAKE the most amazing darth helmet ever. It was killer. At the mention of it, Mr. Fun Sponge acted as if I really was a killer and I had just stabbed a knife through all logic and reasoning as he knew it. 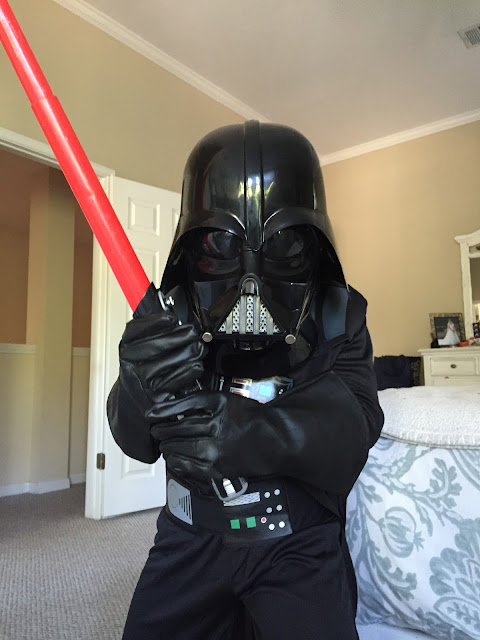 (my costume would have been 18 times cooler. Just sayin')

Until... Amazon saved the day. (I'm starting an addict's group so please let me know if you are interested in joining). One delightful afternoon I stumbled upon this random helmet that was not too pricey and after reading about 60 reviews, had confirmed that it was actually a full helmet and of decent quality in our price range. DONE and DONE. Thank you Amazon Prime. Sorry, UPS. Please don't light my house on fire on one of your daily visits.

Fast forward to trick or treating with friends. Gabe heads out... candy bag in hand.. and promptly walks into a tree. Apparently, kid costumes come with a mask for a reason. Something about the complete lack of sunlight, mobs of costumed children and abundant sugar. Masks are wearable... helmets are not. For perhaps any other child but Gabriel, the solution would be to just take off the helmet and run for the candy. Nope. There was stomping of feet, there was gnashing of teeth and even the yelling of a "this is the worst day ever" thrown to anyone in a 2 mile radius. It was not pretty. After all incentives to problem solve and calm were cast aside, Gabe and Kelly made the trek towards home. Somewhere 4 streets away in true Gabriel form... he just decided to randomly get over it and go trick or treating right there by his lonesome. It's enough to give you an eye twitch... or in the case of these parents... two.

The rest of the night was the Halloween magic we have come to expect. Lots of laughter, Alcohol in one hand and a baby jogger in the other. Waaaaay to much eye makeup. The epic candy crash for days to follow. Drop a daylight savings in to the mix and you are looking at the cruelest Halloween trick of all. 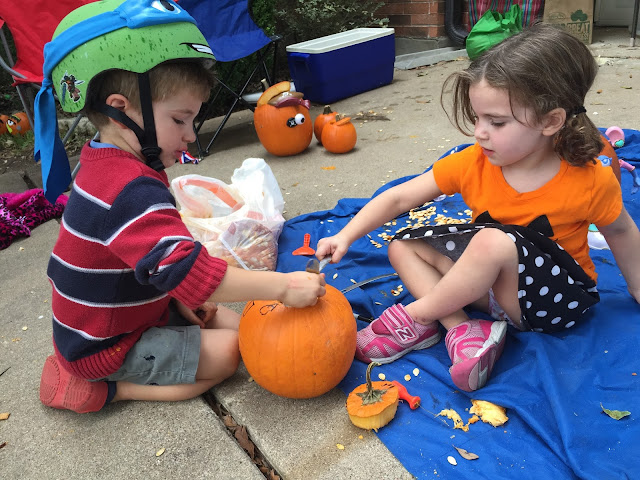 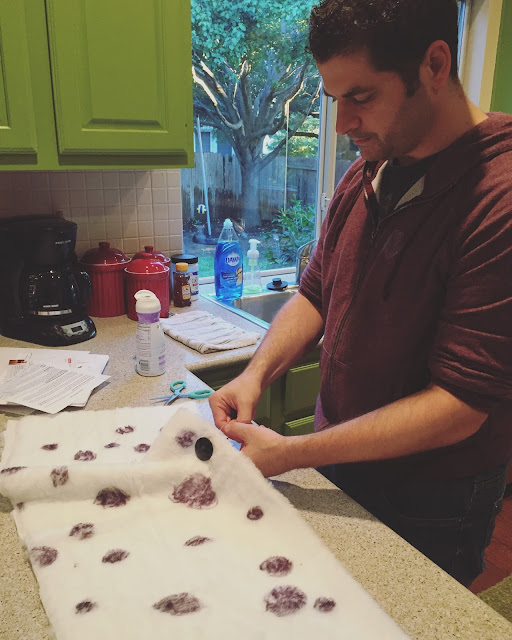 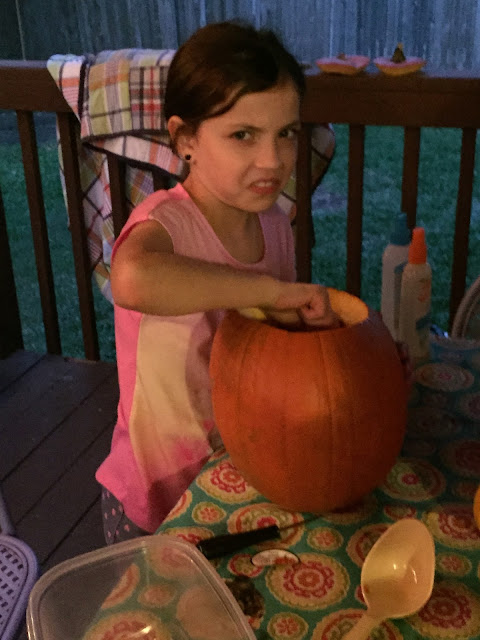 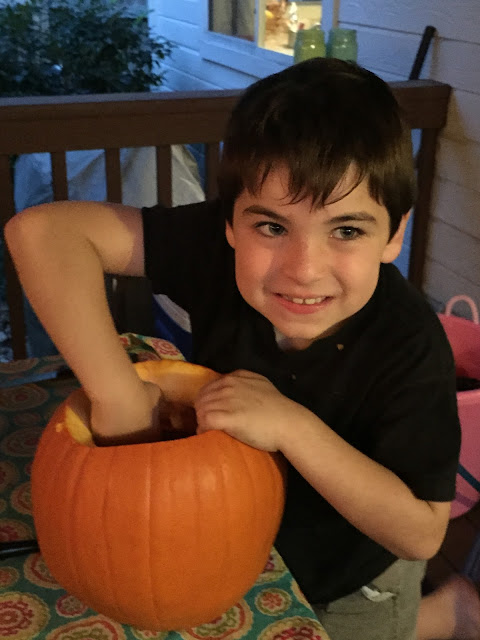 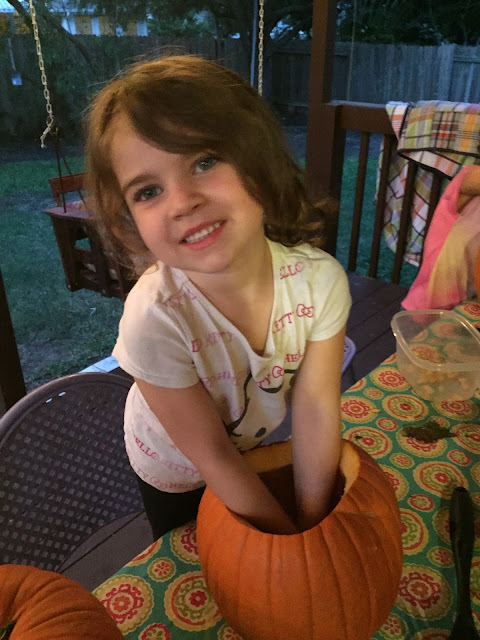 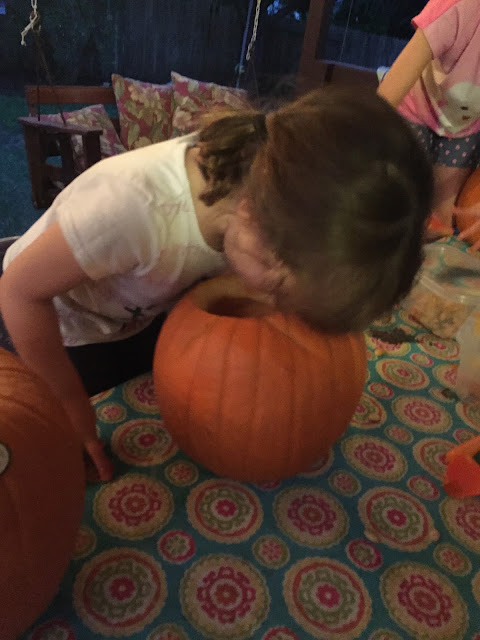 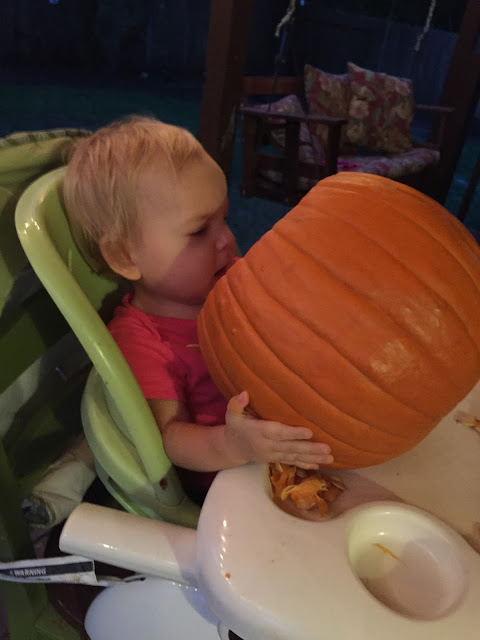