...
I had originally planned on waking up at 5:15 Wednesday morning to head to the gym--- I know, I am laughing too (and perhaps crying a little on the inside).

Such a nice surprise to instead wake up at 8:00 to SNOW!!!! Comfy PJs and coats make for some wonderful winter apparel. SO MUCH FUN!

Gabe took a couple minutes to wake up... 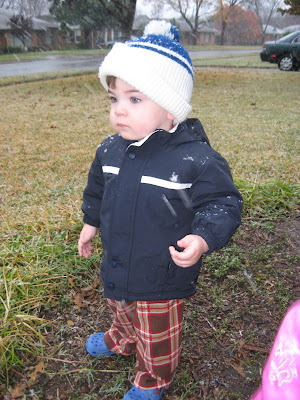 A couple snow flurries to the face and he was off and running! 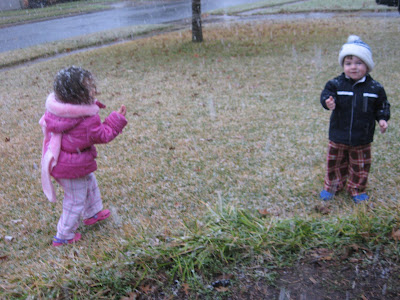 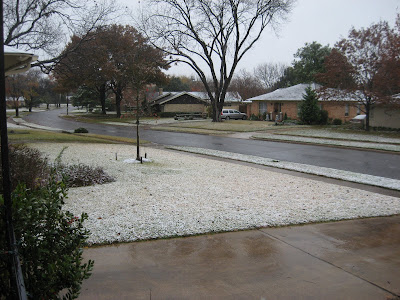 It actually stuck for about an hour which was really fun! 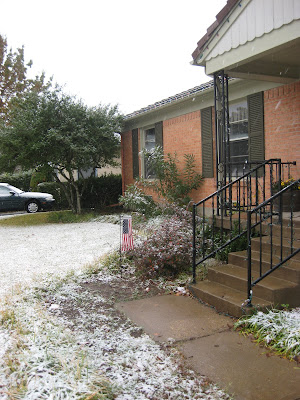 After about 15 minutes we all remembered that we were still in PJs and now were freezing... which meant time for some cartoons, breakfast and a chance to warm up... 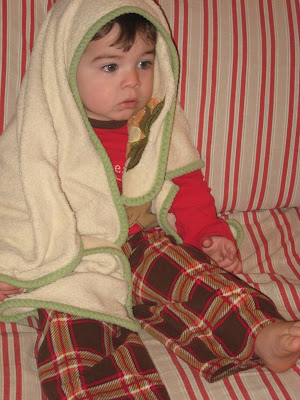