...
Last week, I sat down and explained to Molly how Austin is south of Dallas and the snow typically doesn't like to come to Austin because it is warmer. She didn't believe me. And today, we woke up to snow. Perhaps my offspring will develop a zest for meteorology? She sure seems to know more than her Mommy.

This morning our house was filled with squeals, some bed jumping and a frantic search for mittens by one mostly naked butterball. Apparently, for Gabriel clothing in the snow is optional but mittens are essential. I think I might have jumped on the bed and squealed a bit too when Kelly discovered that his office too would be closed for the day. FAMILY SNOW DAY!

Now, we were supposed to go to Dallas this morning but due to illness and weather we had already cancelled the trip the day before. And while Austin had significantly less snow than Dallas, we still had a blast... (and at least we were able to experience last year...)

Having Kelly home all day meant we were able to tag team it and locate my camera's USB. So... as a way to celebrate, I am going to make up for lack of pictures recently in this one post. Consider yourself warned. Our garage is currently furniture painting city which means that both cars experienced a bit of snow this morning too... 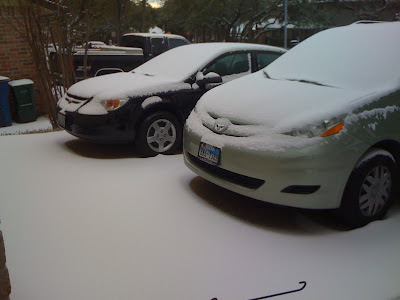 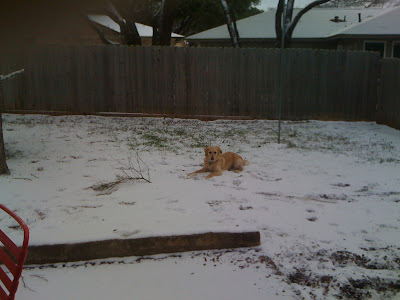 Austin trees are really different than our ole' Lake Highland's live oaks---- many of them here have leaves on them still which kept the lawns less frosty than we are used too. 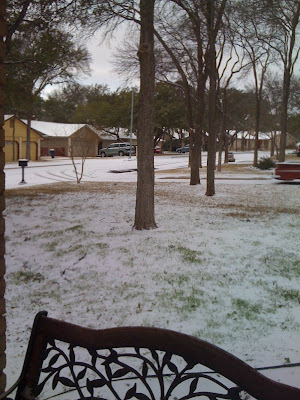 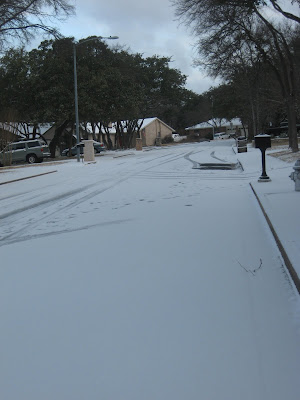 The little inside/outside dance we had going was pretty crazy. Pretty much it went something like: layer the kids in an insane amount of clothing, play outside, come inside and strip the wet clothes, throw on dry ones and snuggle and then start the process all over again. With Molly, we just threw her clothes in the dryer each time... but Gabriel insisted on a wardrobe change each time. We did this 3 times.

ROUND ONE: snowman building with our two awesome neighbor families... all before 8 am. 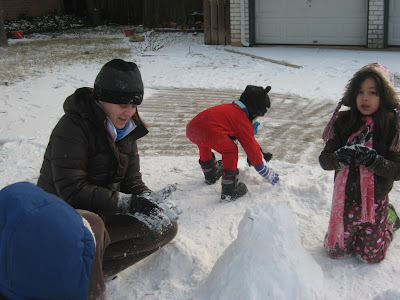 Gabriel was making all the snowman builders a bit uncomfortable with his shovel of destruction. 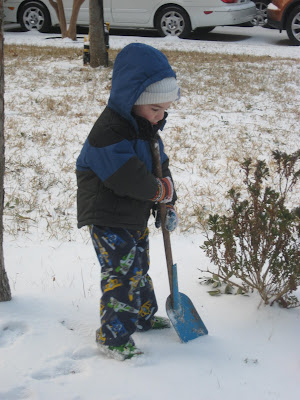 We had to confiscate it. He didn't seem to mind. 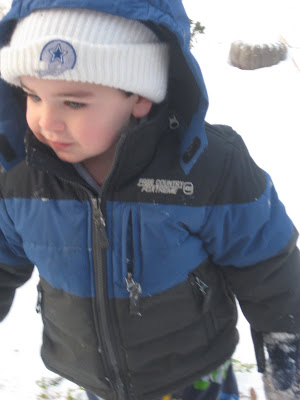 This one though. Well, she was a hot mess this morning. She looks happy, no? Our drippy-chapped-nosed, fat-lipped, not-a-fan-of-mornings diva. She cut out early in favor of breakfast and a chair by the fireplace. 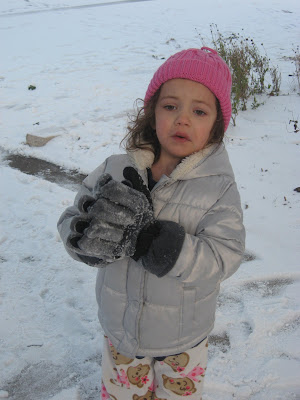 ROUND TWO: neighborhood walk in the snow with our SUPER snowdog. 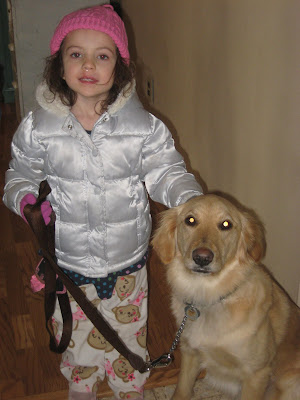 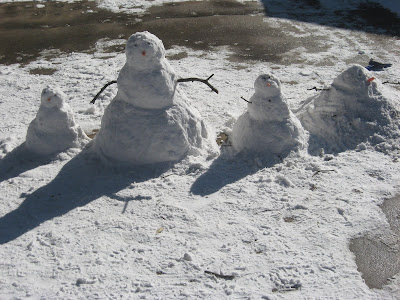 Coffee in hand, of course. 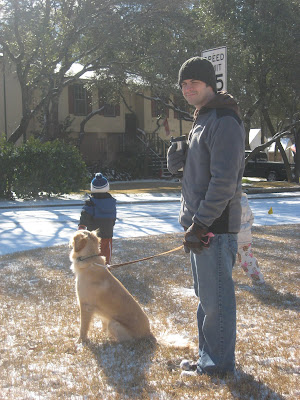 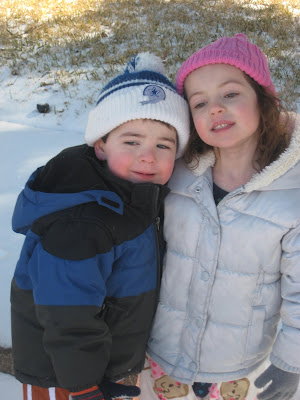 It was a windy cold walk but I had some great company... especially with this little guy! 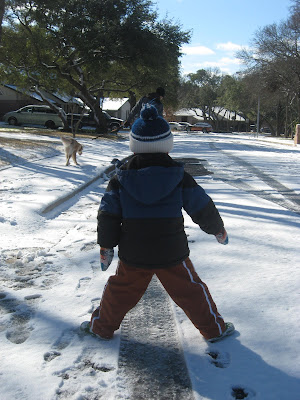 ROUND THREE: camping in the snow
Not going to lie. This was my favorite part of the day. The sun was shining, and the pony's were having quite a little campout all the time while rockin' out to some Disney tunes. By this point, we were snow clothes experts. (In that it only took about 7 minutes to don apparel) 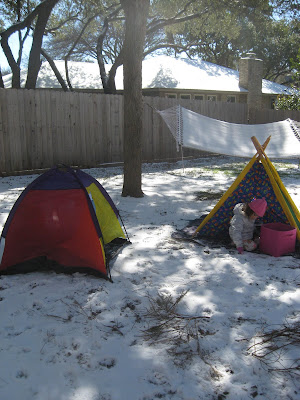 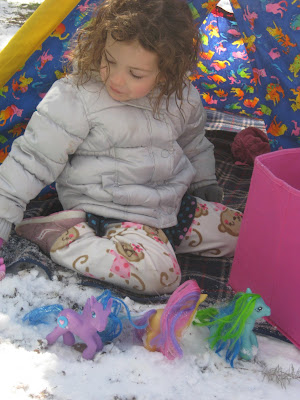 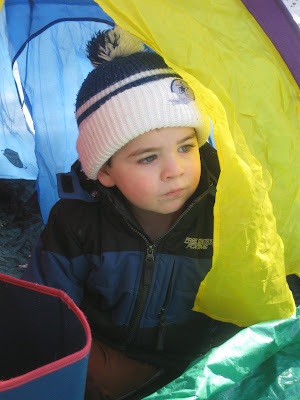 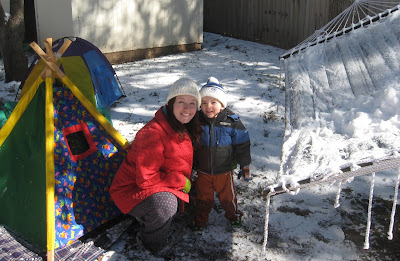 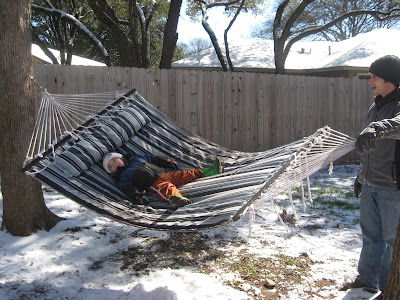 Such a great day to all be home... and even more exciting is that tomorrow is just SATURDAY!

How much fun! I think my favorite May snow day activity was the snow camping, I never thought of doing that!