Kelly and I have a pretty balanced communication style. I guess, when you have been loving someone for more than half your life, understanding what really makes the other one go completely insane is pretty much charted territory. We do our best to just steer clear of those triggers as much as possible. While I love my husband so much, the nostril flaring that occurs when he is angry can probably be seen from space. I do my best to avoid it--- for the sake of the solar system.

Sometimes though, it just sneaks up on you...

I mean, this looks like a recipe for success, no? 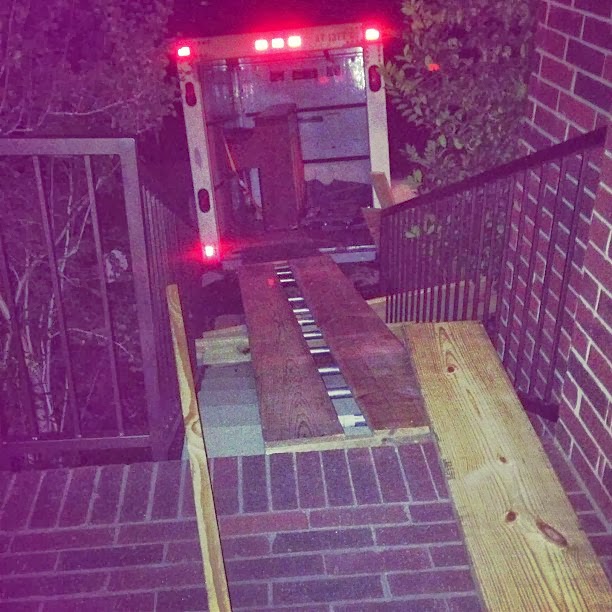 Oh, what's that? Pushing a piano up a side of a mountain, followed by 10 stairs, in the rain, post book club and somewhere north of 3 watermelon margaritas in is a BAD idea? Who knew.

There miiiiiight have been some profanity, massive shoe squeaking, piano squashing people moments. We miiiiiight have mistaken our degrees in child development and mass comm for one in engineering. I can pretty  much say with certainty that Kelly's nose hairs were honed in on high def at the Russian Space Station. Mays were not bringing our A game.

So, we did the only natural thing one could do.

We stopped. Glared at each other one last time. Limped up Kelly's deathtrap wooden ramp and called in reinforcements. You know, someone who actually has a degree in engineering.All for the sake of our marriage.

Well, that... and a really pretty painted piano. 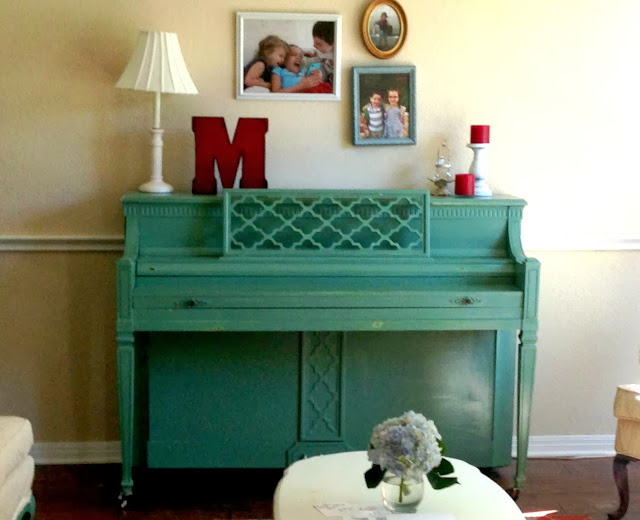 Here's to not moving that bad boy EVER EVER again. Such music to my ears.