...
Last Thursday Gabriel, Molly and I embarked on an adventure to visit my best friend Melissa (or as Molly lovingly calls her Aunt Balissa). Mel is expecting her first baby right around Gabe's first birthday! 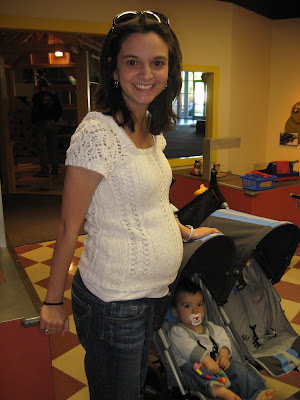 It is so exciting to walk through such a familiar timeline to baby with her. Right now, Uncle Chris is off training for special agent superhero status and is unable to be with Melissa for all the prebaby fun! What a great excuse for the May family to live in San Antonio three days a month through February!!!! This month was the first three day stint. This was my first time to travel sans daddy with both kids in tow. Such an adventure. I really feel that I learned so much about the Mays and our traveling to San Antonio.

For instance, did you know that the smell of San Antonio is rosemary?

On Friday, we met up with our cousins that live in SA for a play date. The Severson and May children are exactly the same distances in age from one another. It is really fun to see them all together. 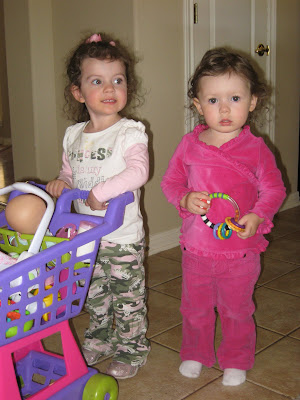 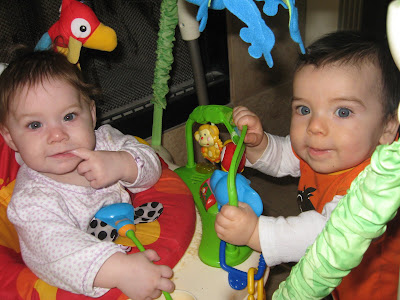 That is until it was time to go. ...Insert dun dun dun dun...
Our Molly was having too much fun with Rebecca's far better selection of babies and could not bare the thought of having to say goodbye to them. In effort to demonstrate her complete frustration with the impending departure, Molly preceded to throw the WORST tantrum of her life. She whipped out all the tricks. You know... the running, the falling, the rolling, the kicking and the crying. Right there in the middle of the rosemary bush (out front). The deer walking by felt nothing but shame for Molly. After the embarrassed mumbling to Molly, the subtle failing redirection, I knew that it was time to rely on my brute strength for escape. Driving away with a potent curly mess in tow, I suddenly had a craving for rosemary chicken... strange.
Several hours later Molly was once again lying in a rosemary bush after an unsuccessful attempt to climb the tree. Who knew that this would become San Antonio's smell?

Did you know that San Antonio promotes triangle sleeping?
This was my first time to share a bed with Molly for more than a couple hours. In the past I have referenced Molly's crazy sleeping style. To put it best, she sleeps like she fell out of a 15 story building. With her movement in the night and my repeated attempts to avoid a Molly foot to the face, a new sleeping position was born. Triangle sleeping. Basically wherever Molly was, I angled the other way and we met at the corners. It was surprisingly quite comfy. I do not think that Kelly would be willing to embrace it though. So alas...it is only for San Antonio.
.
Did you know that in San Antonio butterflies go to the moon?
On Friday night we went to dinner at Beefy's. Do not be fooled by the frightening name because it was REALLY yummy! While we were there a balloon man asked Molly what she would like him to make for her. He started suggesting the basic doggie or kitty. Those were far too simple for our Molly. Her request- a pink and red butterfly. Pictured below is Molly and the beloved butterfly...may it rest in peace. 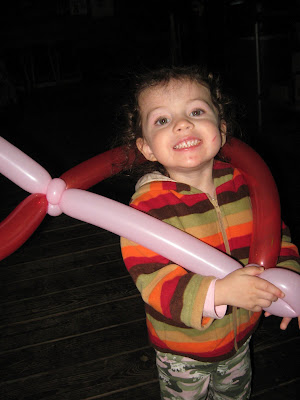 Immediately following this picture wing #1 popped. It took a little reassuring but Molly was soon okay with her three winged treasure. She was off to better things- like chasing 4th graders on the playground sans butterfly.
.
I was so busy watching Molly on the playground and reminding her that she needs to play and leave the "big kids alone" that I barely noticed the distant popping of wings 2, 3 and 4. It was really hilarious to look up and see a guilty child backing away from the wounded balloon creature VERY SLLOOOWLLLYY. How I would have loved to hear the voice in his head at that moment. Little butterfly was now little light saber and it was quickly snatched up. I figured that Molly wouldn't even notice the absence of the butterfly. How could I forget that it was her beloved treasure? The first thing out of Molly's mouth as she comes off the slide was "Where is my butterfly?"
.
Quick response: "Molly your balloon flew away...to the moon ." Well this just about rocked Molly's world. The whole way to Mel's house she yelled "Where did my butterfly go...to the moon...I see it...hahahahaha" The whole next day whenever there was a lull in conversation it was "Where did my butterfly go...to the moon...I see it...hahahahaha". On the way back to Dallas when she was supposed to be sleeping she whispered... "Where did my butterfly go...to the moon...I see it...hahahahaha". So when Kelly asked her about her butterfly this morning I almost choked on my donut.

Did you know that in San Antonio you can be whatever you want to be?
a painter... 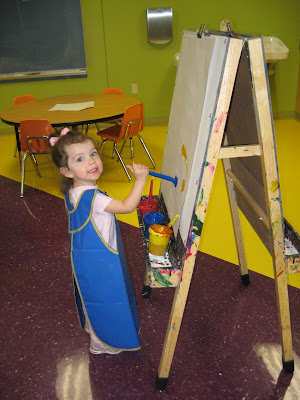 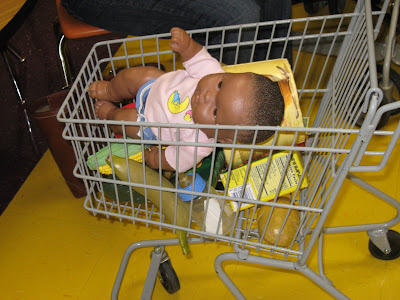 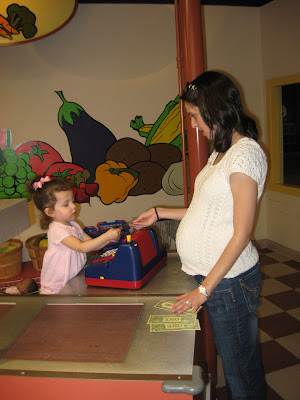 you name it. There really is nothing better than good ole' San Antonio.

Reflecting back on the trip... 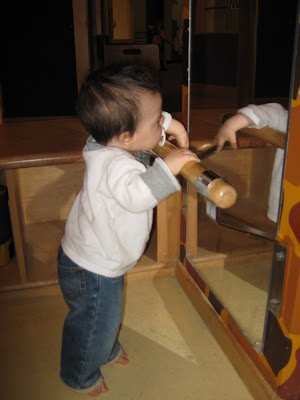 we had SUCH a great time!!! We miss you Mel!

Oh, how I miss you Julie and Aunt Belissa! :) You two are great friends..not only to each other but to us all! Have fun!

Looks like y'all had fun! I love the balloon story- isn't it great how kids can crack themselves up like that??

I am totally cracking up at your post. So funny! Good to know all these things about San Antonio!
Melissa looks so cute!! I wish I could see her. I can't wait to meet that precious baby either!