Halloween in the 'Hood

...
Man, O Man, do I love me some Halloween?! I especially love that it starts so early for us (I shamefully start decorating around September 15th.) With kids, I have found Halloween is not at all just the actual night... Oh no... you have parties at school and get-togethers with friends all leading up to the BIG night!

This year, we broke away from the theme (tear.) Well, sort of. In all fairness, they still went Disney... and both were feature films released (or re-released) this year. So there, I can connect. Molly is going as Belle and Gabriel as buzz light year. Yesterday when we were visiting with some friends, Gabriel was asked who he was going to be for Halloween and he immediately informed them that he was going to be a fireman. Well... there is no fireman costume and really not much time for a little switcheroo in the final inning... We were really hopeful that once the costume finally came on he would be SO excited. And... he was.

Such a cute Disney duo!!! 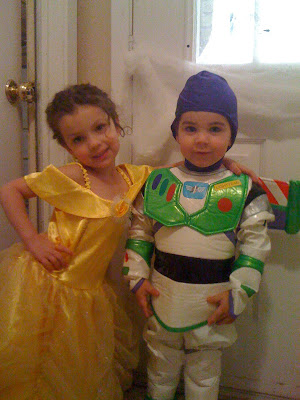 Tonight was our neighborhood mom's group Halloween party. I can't begin to tell you how grateful I am for these AWESOME Moms... and even better, because they actually live just streets (if not the same street) away then we are never too late for playdates. See, one less tragic character flaw. Whew. This party was sooo fun and exactly the kind of gala Princess Belle had in mind. 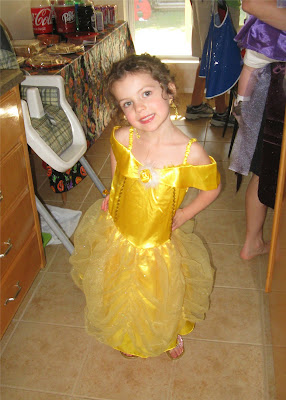 Now Buzz, he was more about making noise. Lots and lots of superhero noise. 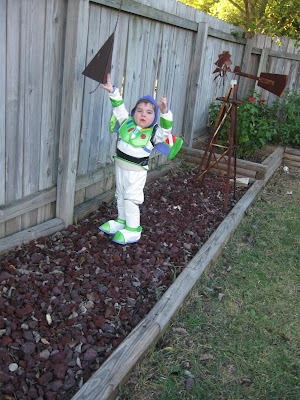 Molly and Noah were really into this whole cauldron brewing thing and because Gabey is pretty much ALL over Noah's space at ALL times, this was a nice distraction from the wind chime. 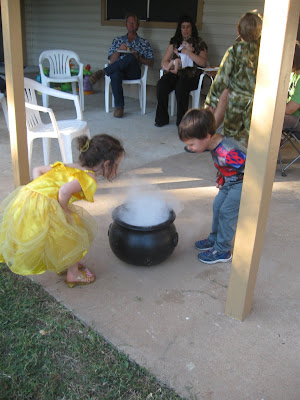 You see, Gabriel LOVED this cauldron. 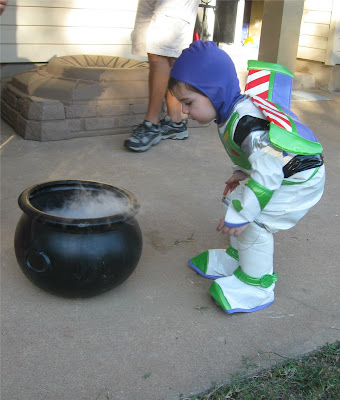 He even trialed a few spells of his own... all against the Emperor Zurg, of course. 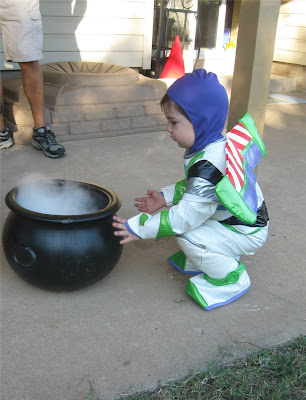 So, two of my most favorite things are captured in the picture below. I was in charge of bringing donuts and string for the "activity". Apparently, this is different version of bobbing for apples and I had no idea how it was going to work out... THIS was perhaps my most favorite 10 minutes of the party. The kids couldn't use their hands and were all lined up trying to eat a hanging donut. So funny! My other most favorite thing was the hilarious Hangover costume in the picture too... and yes, the baby could have been Carlos. 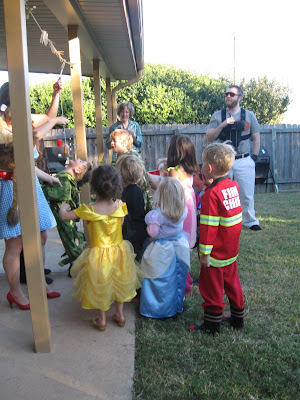 Check out Molly's intensity and sneaky cheating ways... at least she wasn't alone. 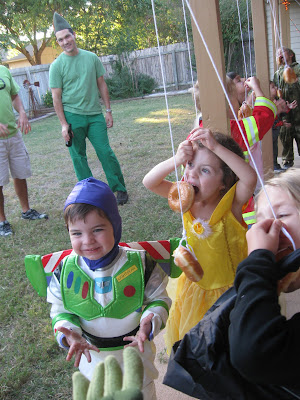 After shamefully eating our Halloween handouts all week, I did learn tonight that last year we had a BUNCH of trick or treaters in the neighborhood. Eek! Might have to resort to handing out canned food if I don't stop with the kit kats STAT!
Stay tuned for Halloweeny fun!