...
Hard to believe that just a few days ago, "Lee" was not yet a part of our family. I think we bypassed the whole getting-to-know-you phase the moment he appeared in my shower requesting some orange juice for a certain Gabriel May. Our buddy is quick to make friends and judging by Lee's bold quest for some OJ and comfort level with nudity, he's a keeper.

No really. There's no getting rid of this guy. I've stepped on him about eight times, Gabey continuously rolls over him in bed and part of his bat has been partially gnawed on by she-who-shall-not-be-named... but oh, how he gleams. 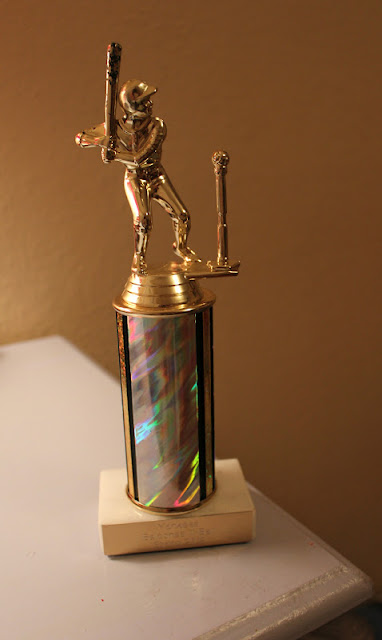 And while Lee is such an exciting new friend for our Gabriel, and of recent---the ever-protector of closet monsters, he stands for something so much more.

You see, Lee is Gabriel's something new.

Our little man has the kindest heart of the household. The ever supporter of dress up, the connoisseur of pony names and a guy with a heart for a good Barbie Mermaidia Movie. His world circles a tight little orbit and our Molly is his sun. Sort of reminds me of one other little brother that I love so.

Yet, this spring, the planets realigned and for just a bit the light reflected right where it was most needed. 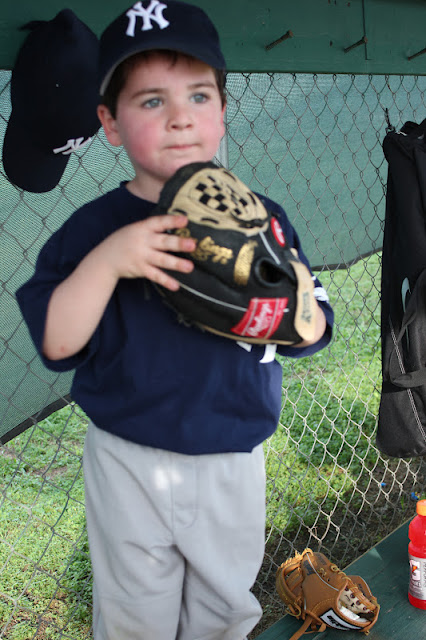 Excited and proud with his friends... 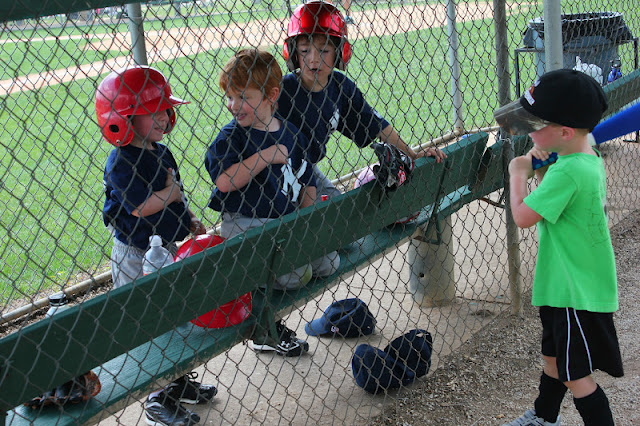 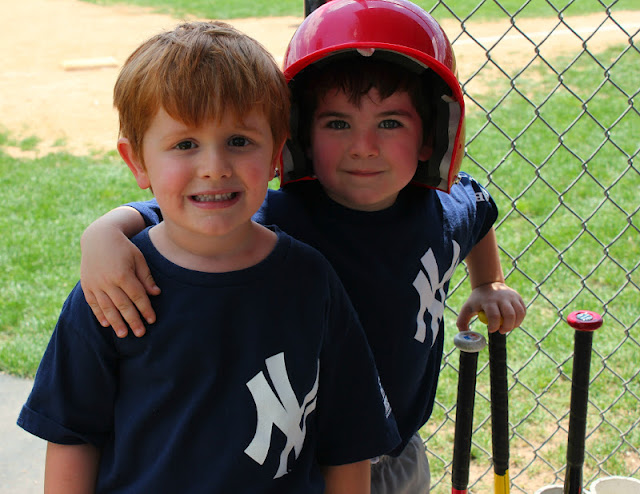 supported by the cutest little fan club around... 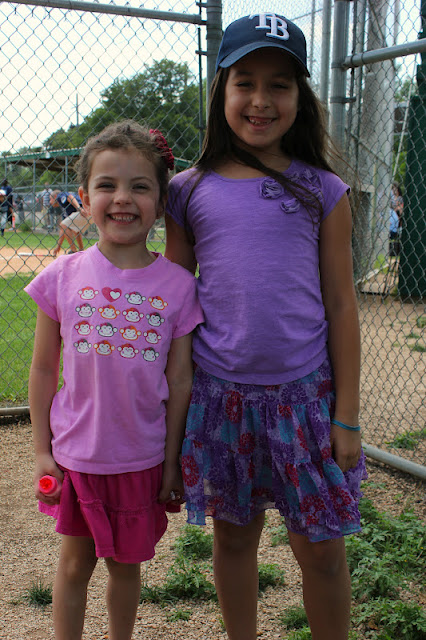 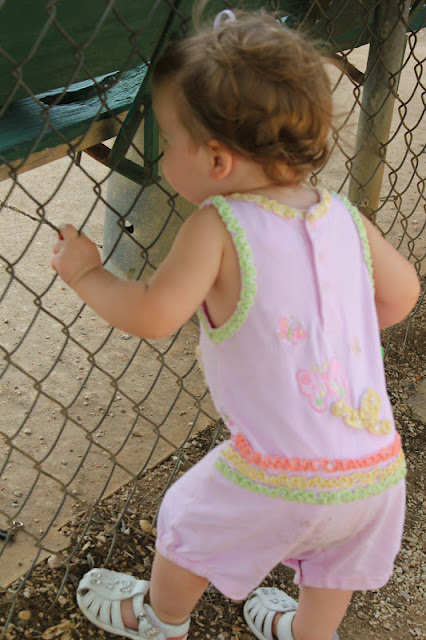 we watched as our ever-supporter basked in his well-deserved sunlight. 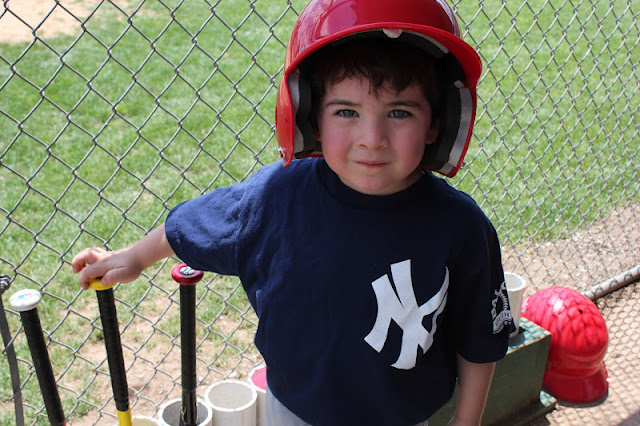 He may have missed majority of the balls because he was hugging his friends infield.... and he almost always started out running towards the third base line...and his version of keep your eye on the ball might have included a lot more staring and a lot less swinging... but he had FUN. 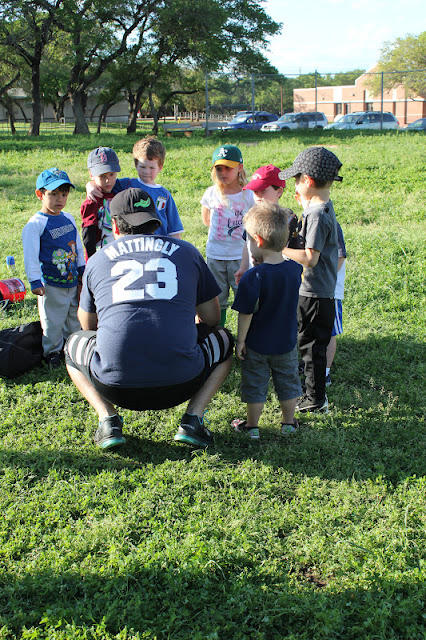 So did he name his friend "Lee" or was it named for him... Just wonderin' if he was paying homage to uncle lee... either way I'm gonna tell Big Lee that. :)