...
What a weekend! This weekend was our high school homecoming. Having your spouse as a fellow graduate in your class does make returning to homecoming a lot more fun and not really stressful at all. Nobody to entertain and none of those awkward introductions...or over-explanation of your mascot (the mascot may be a friar---but he is fierce---just ask Molly.)

This year the kiddos kept us much more on our toes than they did last year. Who knew that candy infused, overly stimulated, excited for football children were the perfect combination for chaos. Luckily, we had brought along extra players for team adult.

I guess it is pretty nice also that your best friend went to the same high school too... lots less to explain... 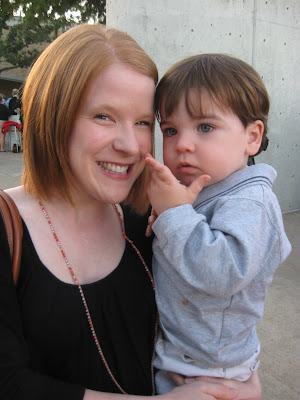 Early on in the opening parade they pelted us with candy. Gabriel really liked this. Aunt Sierra totally rocked the volleyball "float". 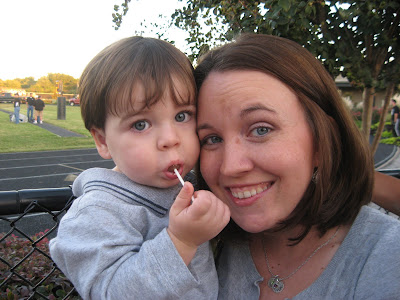 Unfortunately, he didn't quite understand it when the supply had diminished to choking-sized candy aka no-longer-for-Gabey candy. He was not happy. No amount of tickling was going to get this kid to smile.
.
"Give me my sucker back, mom." 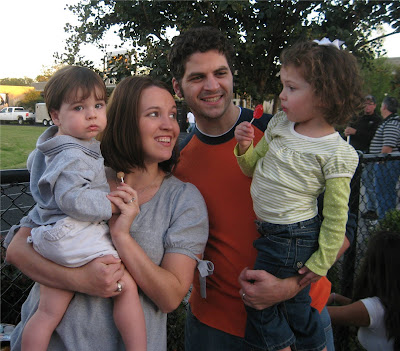 So, we were forced to buy m&ms. I know it is bad parenting to support negative behaviors with candy but sometimes you just have to go that direction and deal with the repercussions later. As always, the chocolate worked like magic. The kids had a great rest of the game and even sat in the bleachers. We were front and center to see the "little girls dancing" on the track. So fun to catch up with old friends!
.
After the game, the kids all went over to Gigi and Haji's house for cousin bonanza so the adults could go live-it up at the after-party. We had so much fun but I think Molly and Gabriel still managed to trump our good time. I mean, how can you not have fun with this cool crowd? 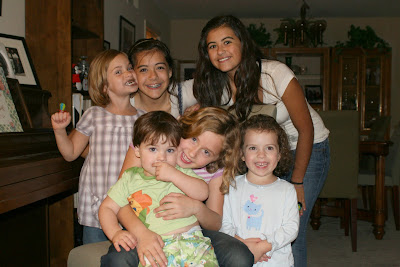 Such a fun night and some great football watching weather. Next year is our 10 year reunion which is a little hard to believe... most days.
GO FRIARS!